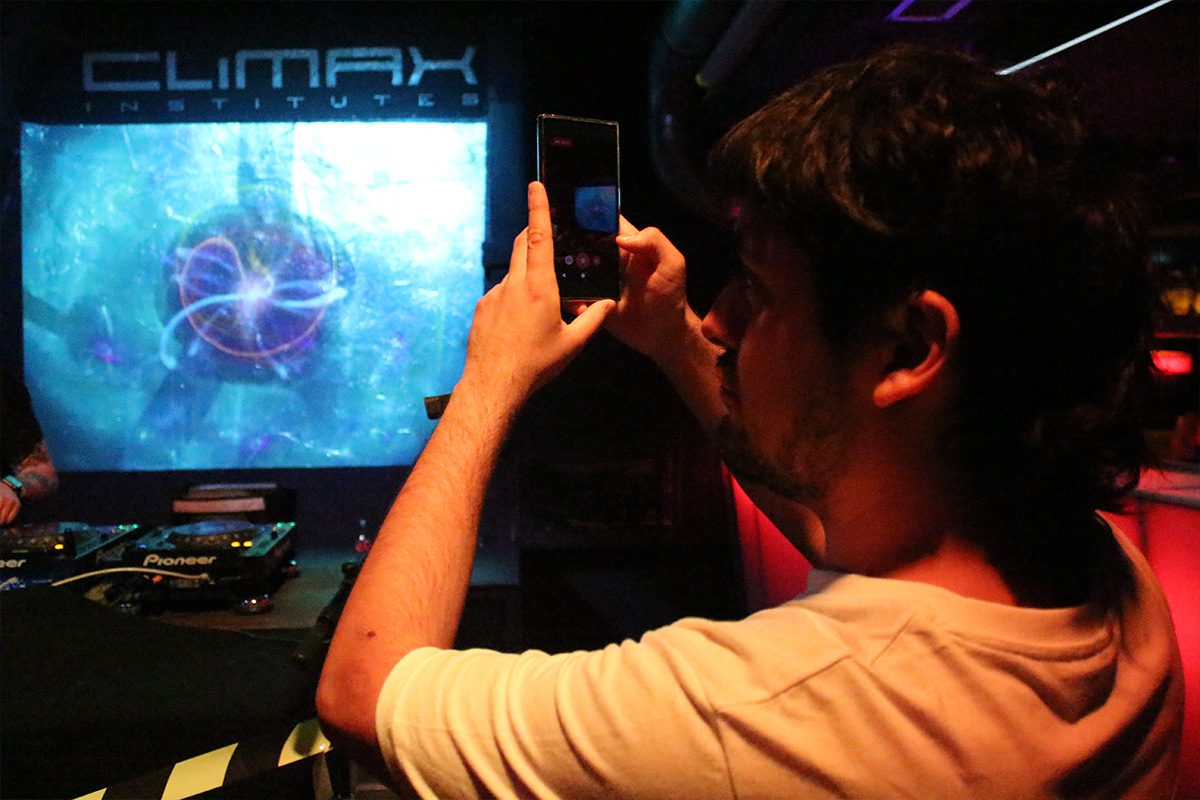 During the Corona lockdown, many could not do their usual work – existences were at stake. The media transmitted the horror scenarios, blows of fate, hero appointments and always new breaking news. Constructive journalism, background information and well-considered explanations went missing – at least according to the survey in which journalism students at the Stuttgart Media University, Germany, participated. Their subjective feelings before the start of the semester in April match those of other people: According to the COSMO (Covid-19 Snapshot Monitoring) project on the psychological situation, 67 percent of those surveyed at the beginning of March felt the reporting on Corona as inflated. In the meantime, that has changed a bit – at the moment, only 38 percent think the reporting is inflated.

Students of the course “International Content Production” (ICP) at Stuttgart Media University should fill this gap in the lack of a constructive approach with their semester project: How did people and organizations change their work and their lives during the Corona crisis?

Seven international teams of students developed their own subtopics and concepts how they could embed their thoughts in the main topic. They organized and planned their shoots, spoke to those affected and edited their material with editing software – or directly in Instagram. Because all the content was supposed to be published on Instagram over two weeks at the end of July. During the semester, IGTVs, stories and posts were created for the Instagram channel of edit.Magazin – the cross-media journalism / public relations course’s own online magazine:

Children: How is the Corona crisis affecting them? How did kindergartens and parents deal with it?​

A study found that children between the ages of 11 and 17 are mentally worse off during the Corona crisis and lockdown. This student group asked the community beforehand how the children in their environment were doing and opinions were divided: 30 said that the children had suffered, 20 said the opposite.

The team spoke in Instagram Stories to three experts about the situation of children and parents: 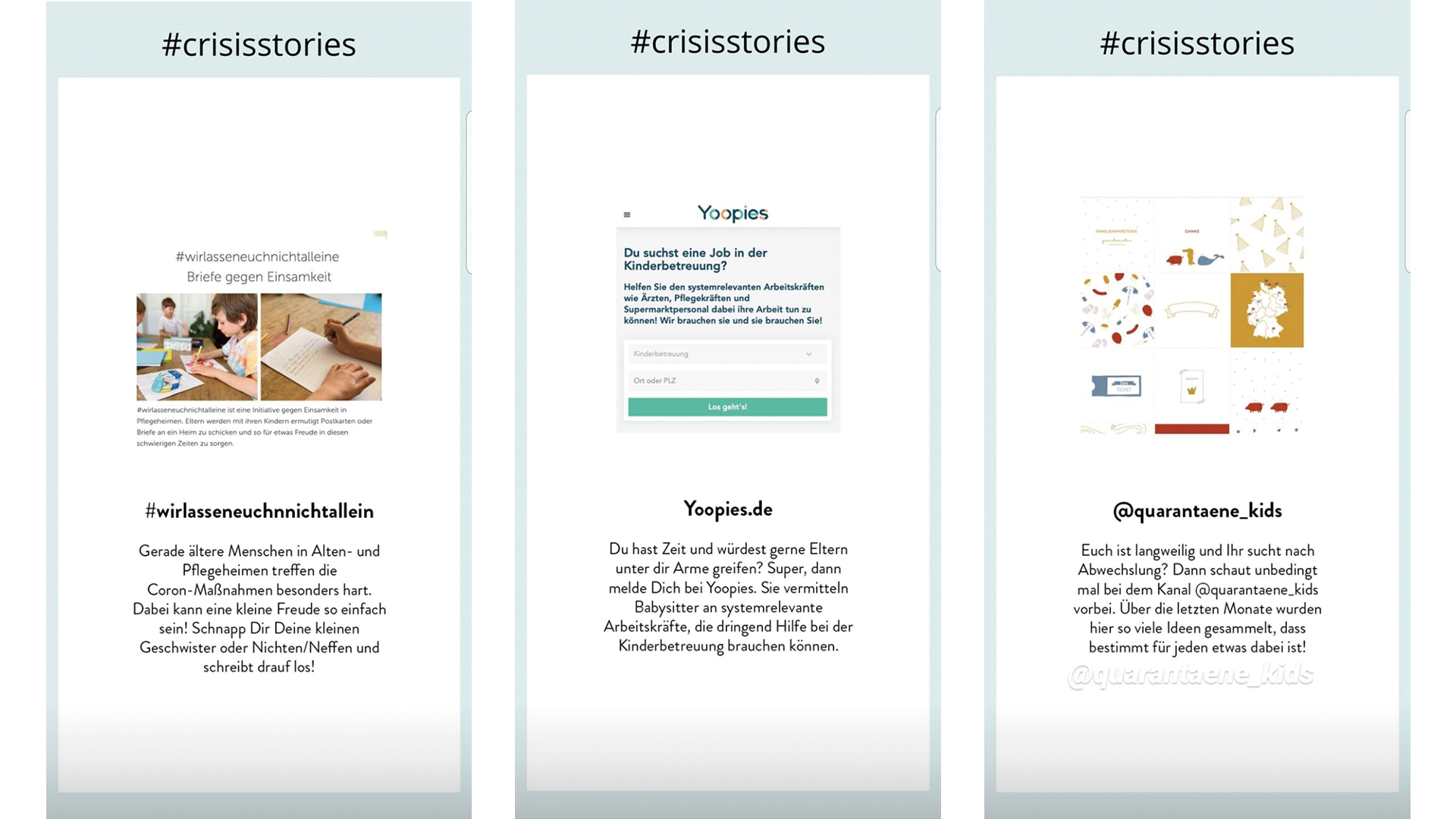 After the interviews, the Instagram channel “@quarantaene_kids” with activity ideas, the hashtag “#wirlasseneuchnichtallein” for letters against loneliness and the helper website “Yoopies.de” to relieve system-relevant professions were suggested as a solution.

Club scene: How do clubs stay afloat during their closings?​

Group 2 of the Instagram takeover looked at the situation of clubs during the lockdown: How do they experience the current situation and how do they manage to keep their business alive?

IGTV:
Some initiatives helped, for example, the techno club “Climax” in Stuttgart, which had no sales for several months. A nationwide fund for clubs and the “Live Music Fund” help organizers financially. The “Live Music Fund” is distributed annually in Stuttgart, but this time earlier and the sum has been doubled from 80,000 to 160,000 euros. In addition, the live streaming service “United We Stream” was founded by the TV broadcaster ARTE and various cultural workers to be able to offer daily DJ performances and concerts.

Animal Shelters: How has the demand for animals and work in the animal shelter changed?​

A video went viral in April: the kennels of a animal shelter in South Florida were empty – every dog was adopted. In Germany, people become skeptical because shelters carefully check whether someone is qualified for an animal or not. So do more people feel alone and want to adopt an animal during the lockdown in Germany? How do shelters cope with the crisis?

Post “Murka lives as a problem child at the Stuttgart animal shelter.” 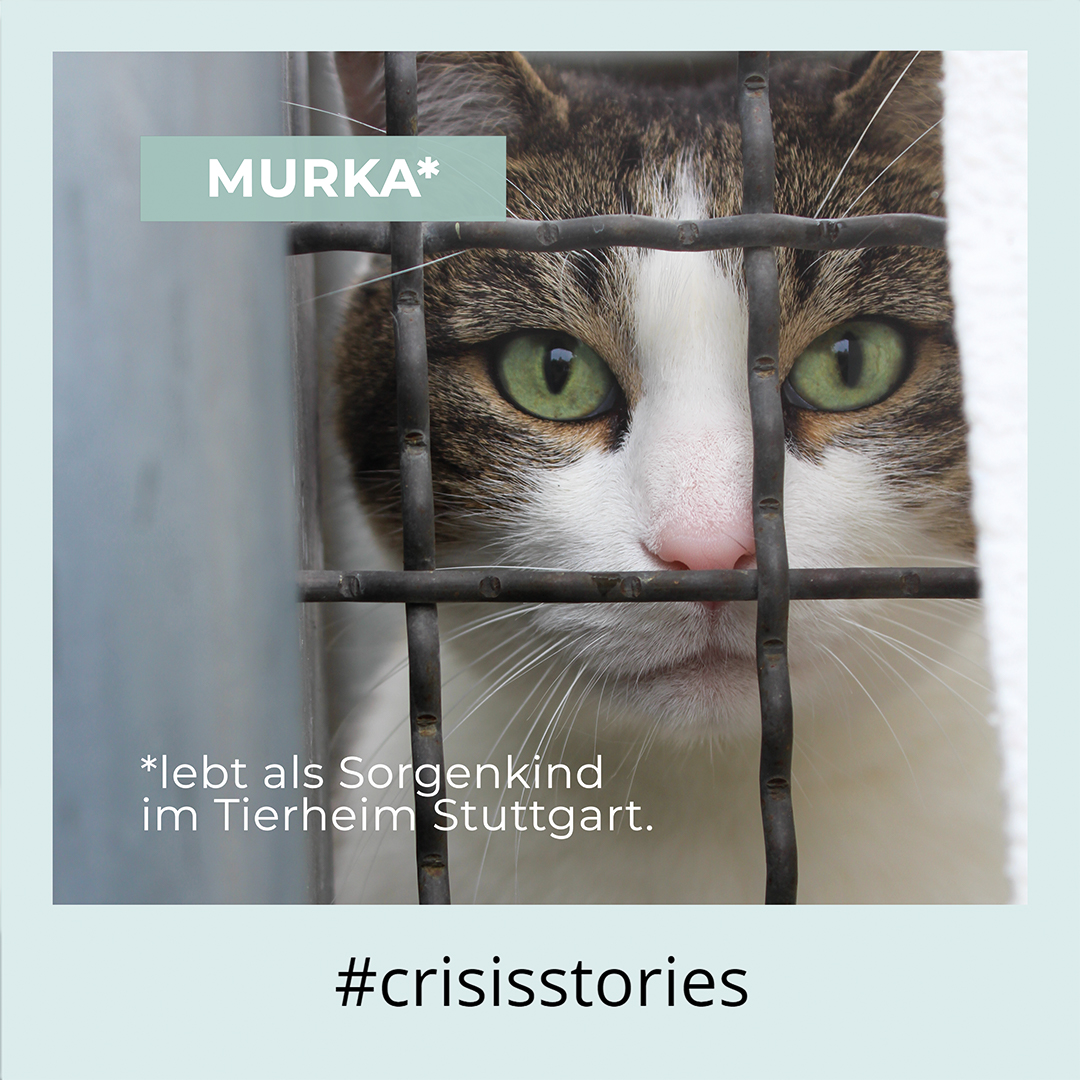 Hundreds of thousands of dogs, cats, birds and many other animals end up in Germany’s animal shelters every year. One of them is Murka: The cat lives in an enclosure at the Stuttgart animal shelter. Between 2500 and 3000 animals live next to her every year in the Botnang district.

Marion Wünn, head of the animal shelter in Stuttgart, does not believe, despite Corona, that there will be no more abandoned animals. Many people looked for an animal for a short time – during the lockdown – or simply bought one. Often people notice that their animal has demands and then they want to get rid of it just as unbureaucratically as they got it.

The first corona restrictions started in Germany in March and twice as many animals were adopted from the Stuttgart animal shelter in the first half of 2020 as in 2019. The inquiries from interested parties multiplied so much that the animal shelter team is almost unable to process.

There is also a story about the Stuttgart animal shelter and the team dealt with the corona crisis. The full story is still available here (in German).

Fridays For Future: How does the movement deal with the fact that mass demonstrations are no longer possible?​

The people behind Fridays for Future are publicly fighting against climate change and its consequences: What began with Greta Thunberg is now a global movement that is represented in around 150 countries. Now, Fridays for Future is confronted by the corona crisis. What has changed for the initiative? 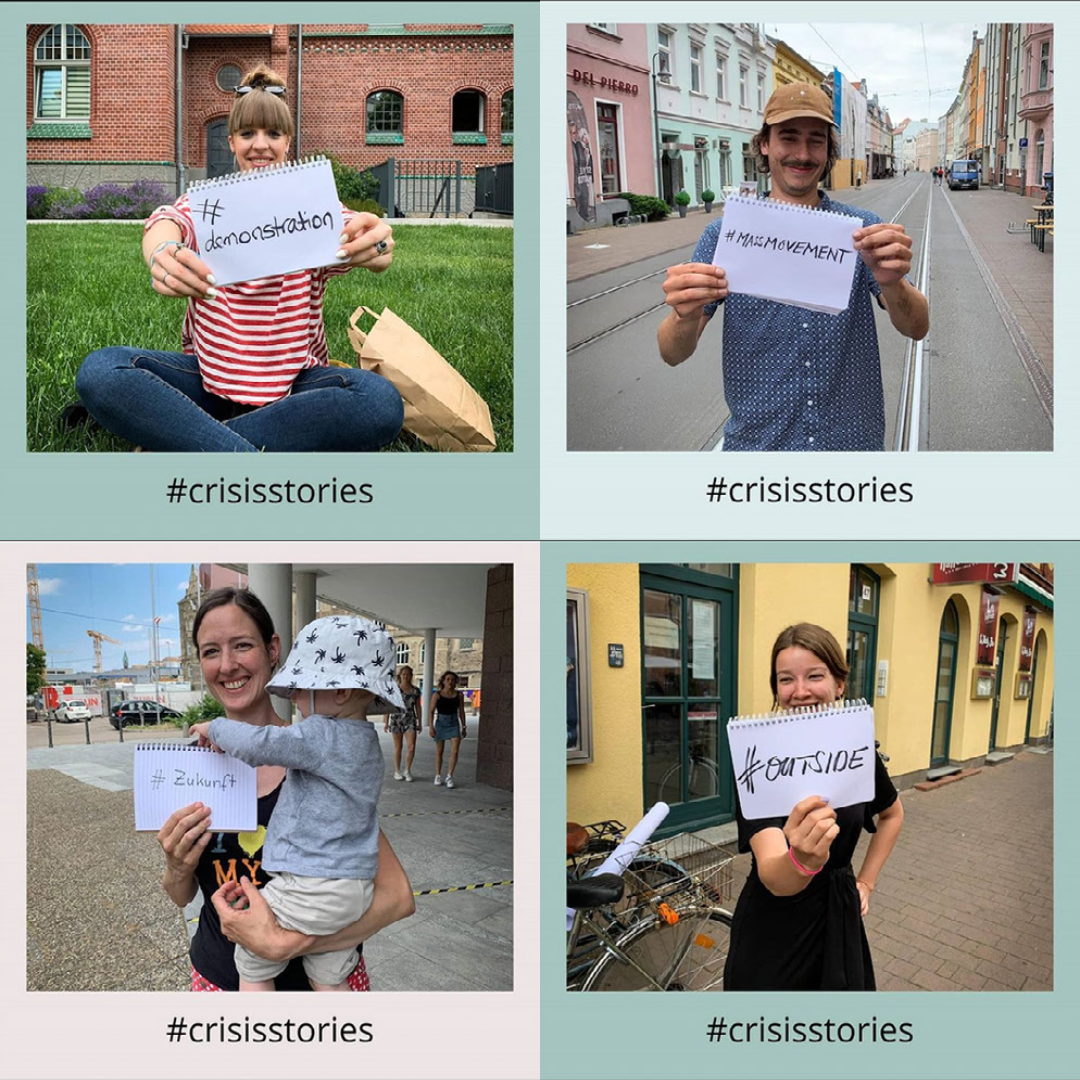 The team asked people what they associate with Fridays for Future: demonstration, massmovement, outside, future.

Post 2
In June, Nisha Toussaint-Teachout and Nelson Leichsnerig from Fridays For Future Stuttgart took part in a spontaneous protest for a law to phase out coal in Germany. With the art campaign, they showed that flowers should stay in the gardens rather than being removed by excavators.

Post 3
Fridays for Future has not yet established itself in some countries such as Singapore and Korea. Nevertheless, their citizens are committed to climate activism.

In South Korea, Greenpeace organised a holographic demonstration in June to demand immediate action against climate change from the 21st National Assembly ofthe Republic of Korea. Youth 4 Climate Action also filed a constitutional appeal over the government’s inaction on climate change, claiming it infringes on their constitutional rights. 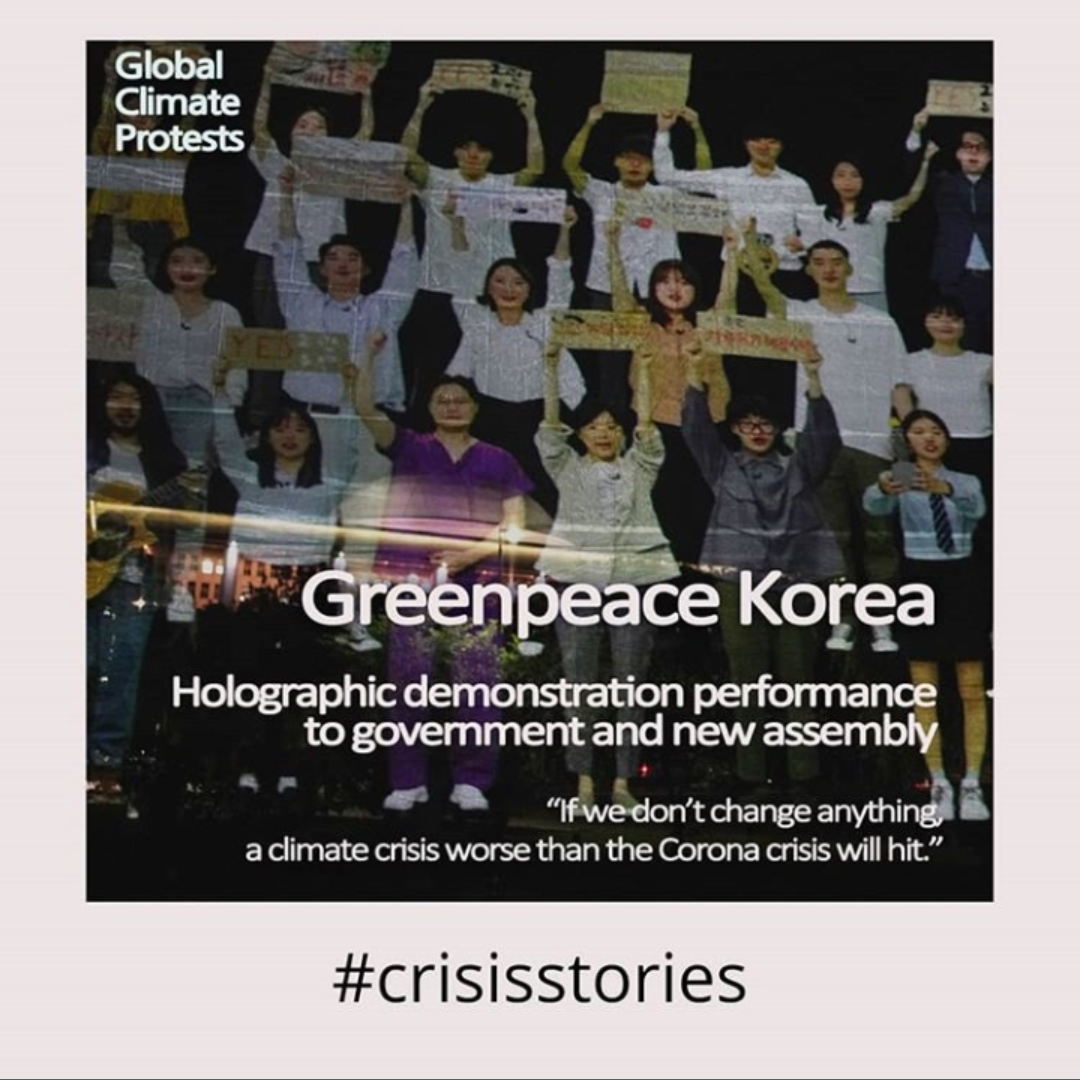 In Singapore, where protests are illegal without a permit, the first physical climate rally was held in 2019. The aim: to urge the government to take bold systemic action to combat climate change. In 2020, there has also been Greenwatch. The campaign aimed at garnering greater awareness of the climate crisis and provoking deeper commitments to climate policy during the upcoming General Elections in Singapore. 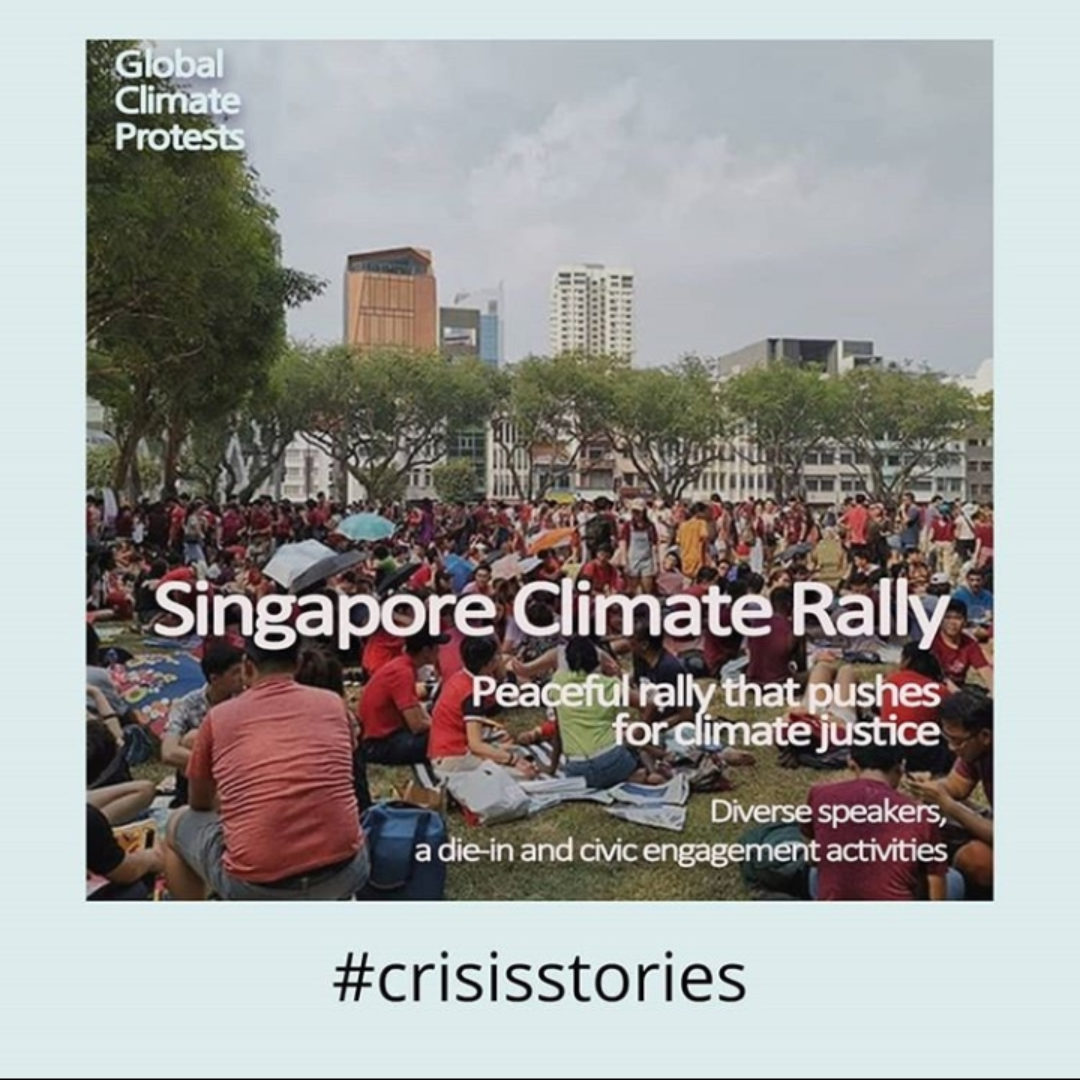 Climate protests are not the same in Singapore and South Korea as they are in Germany because of many structural differences. Nevertheless, people are raising their voices, everyone in their pace.

Post 4
Fridays for Future is taking advantage of the circumstances that triggered the corona crisis. For example on their website with newly integrated tools:

The FfF has been running webinars across the country since the pandemic. And the Campus for Future Stuttgart group had the idea of ​​writing a petition that was discussed at the federal level: Sustainability after the crisis.

Vacation at home in Stuttgart and Amsterdam: How is the crisis affecting travel agencies and popular travel destinations?​

The corona virus thwarted many travel plans. 43 percent of Germans are not planning a vacation for 2020. Not only do Germans’ nerves remain stressed, the vacation industry must also suffer from these circumstances. Fewer tourists mean fewer hotel stays or flights. For this reason, travel agencies also face some difficulties.

Rediscover your region
When vacationing in distant lands becomes a problem, what do travel bloggers do? Inga thinks that you don’t have to go that far to relax. In her camper she has traveled all over the European continent. Since the corona crisis, however, she has been moving to her own front door more and more often: to the Swabian Alb or down to the Alps. 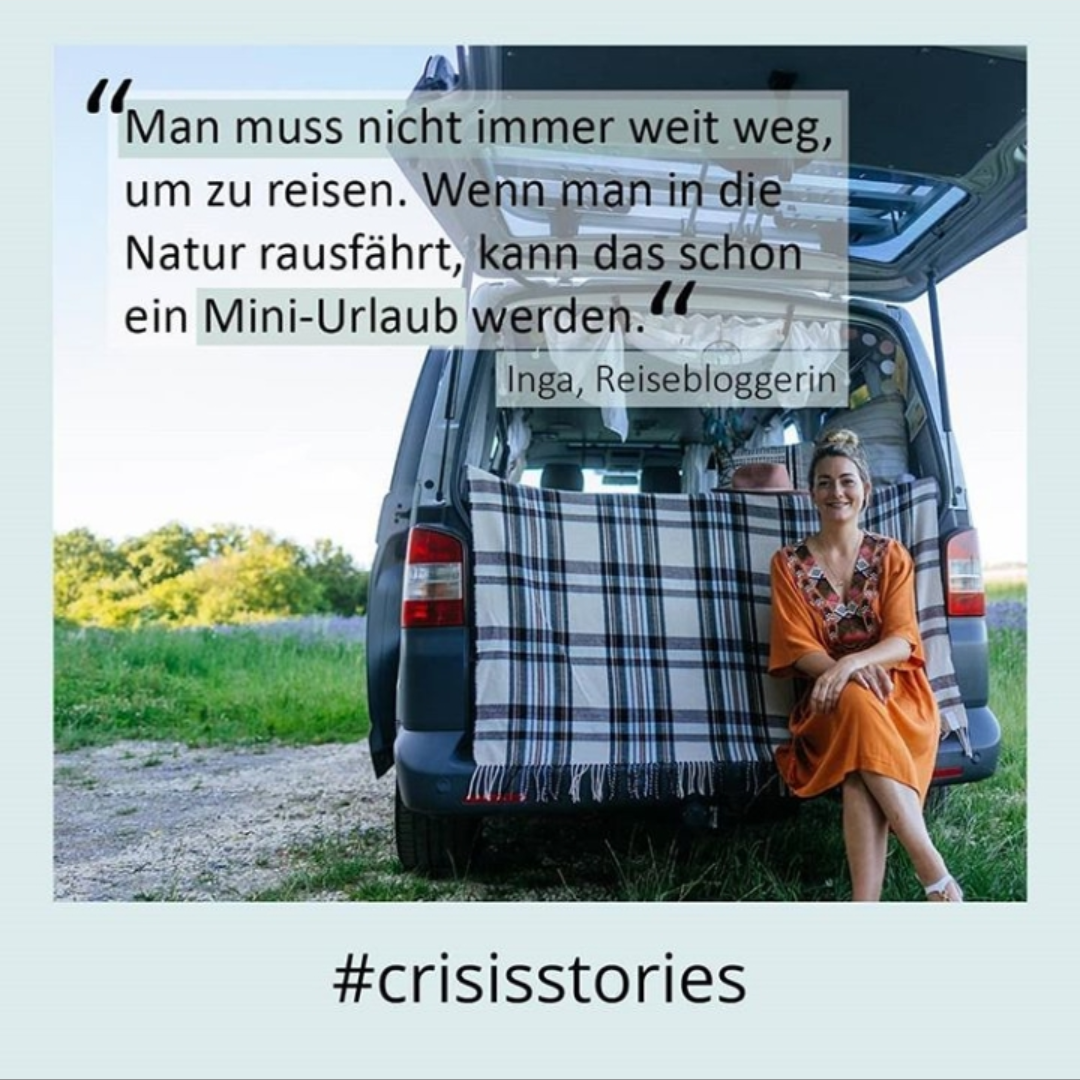 Inga says: If you go out into nature, it can be a mini vacation.

Corona in the Netherlands
Did you know that the city of Amsterdam normally suffers from over-tourism? The student Melissa shows how the crisis is affecting the capital of the Netherlands which used to be a popular holiday destination. You can see the current situation in short videos.

Artists, culture, canceled events: How does their work survive without parties, visitors and listeners?​

The lockdown caused by the coronvirus paralyzed the entire cultural sector in Germany: the corona pandemic triggered a wave of cancellation of major events. Suddenly the artists no longer had any income. Even outside in public, they were no longer allowed to pursue their passion.

The team spoke to cultural professionals and showed their answers about:

Letters to retirement homes: Why pigeons become corona heroes when you can't see your relatives​

Go on a bike tour with your best friend, chat with your mother about your new favorite film or talk about the bad weather with your neighbors – whether on a smartphone or in real life, we don’t want to do things without our contacts.

But what if a law forbids seeing relatives? In the Corona crisis, residents of care facilities were not allowed to receive visits for more than two months. Hardly bearable for people for whom social contact with friends and family is the most important support in life. Group 6 showed why pigeons become Corona heroes and what the phrase “The post is here” can mean today.

Lena Haaf from Stuttgart created a racing pigeon campaign so that the residents of the home could still have contact with the outside world. The racing pigeon campaign is a project in which volunteers write letters or postcards that are sent to people in social institutions. The aim of the campaign is to maintain social contacts during and after the crisis. And this in a very traditional way – away from wireless communication and back to pen and paper.

Include the audience: How do you start a dialogue?

Instagram offers several ways in which the target group can be actively involved in the content production and motivated to engage. First of all, you need an audience that has to be gained and continuously animated: For greater reach, the students used the project hashtags #CrisisStories and #editxICP and key words relevant to their topic. In posts, users can be asked to comment by text, for example by asking a question that asks for opinion, ideas or experiences. In constructive journalism, this can also be solution-oriented thinking. Some groups asked for the opinion of the followers in their stories before they classified the answers or added more. Others used the quiz function to keep their Instagram Story exciting for users and to make it interactive. Another possibility of interactivity in Instagram Stories is offered by the survey tool with two answer options that show the user the percentage distribution of the answers.

For the interaction between users, the reach and engagement level on the edit.Magazin’s Instagram channel was insufficient. A dialogue among users is not possible in the Instagram Stories, only in the comment section of the posts. However, the stories can be used to assess the mood among the followers. Regardless of whether the user is guided by the results of a survey or the journalist wants to get feedback or information: The journalist can address users and will receive, from an active community, an answer that she or he can use to get to know the audience and to develop new topics, concepts, ways of thinking or to continue telling her or his story. 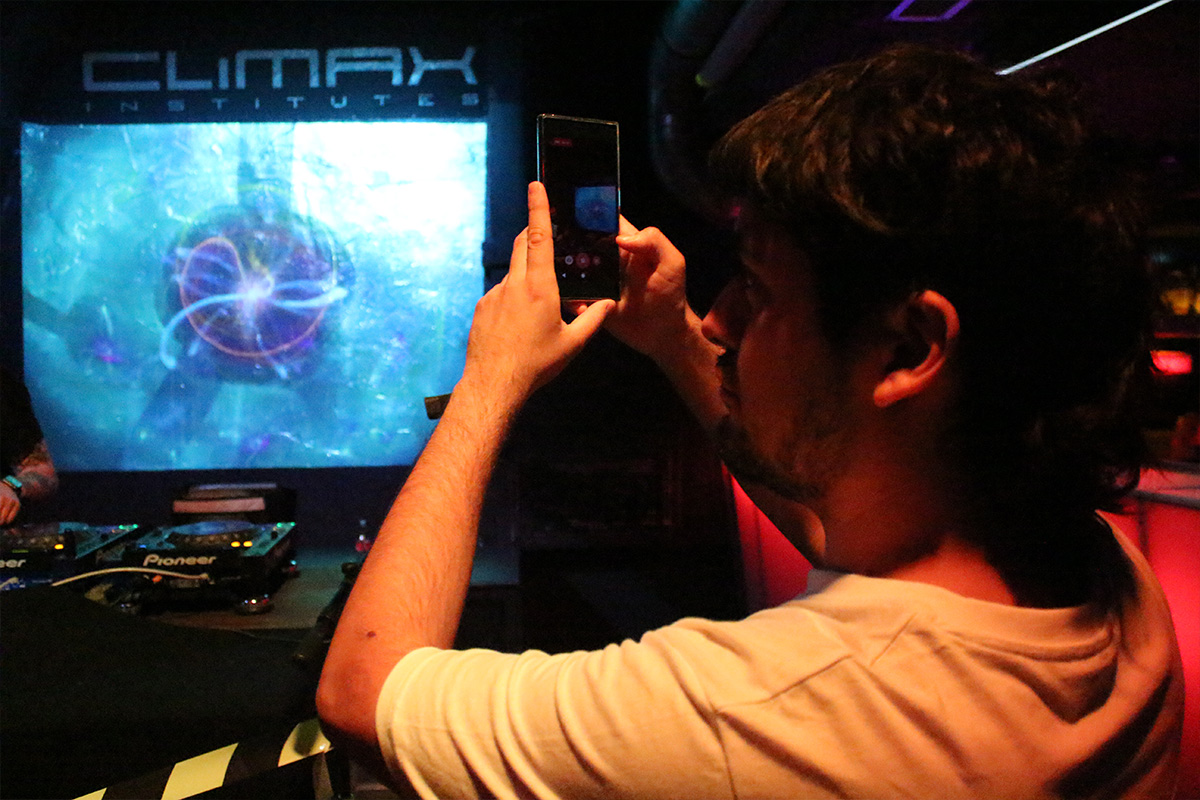 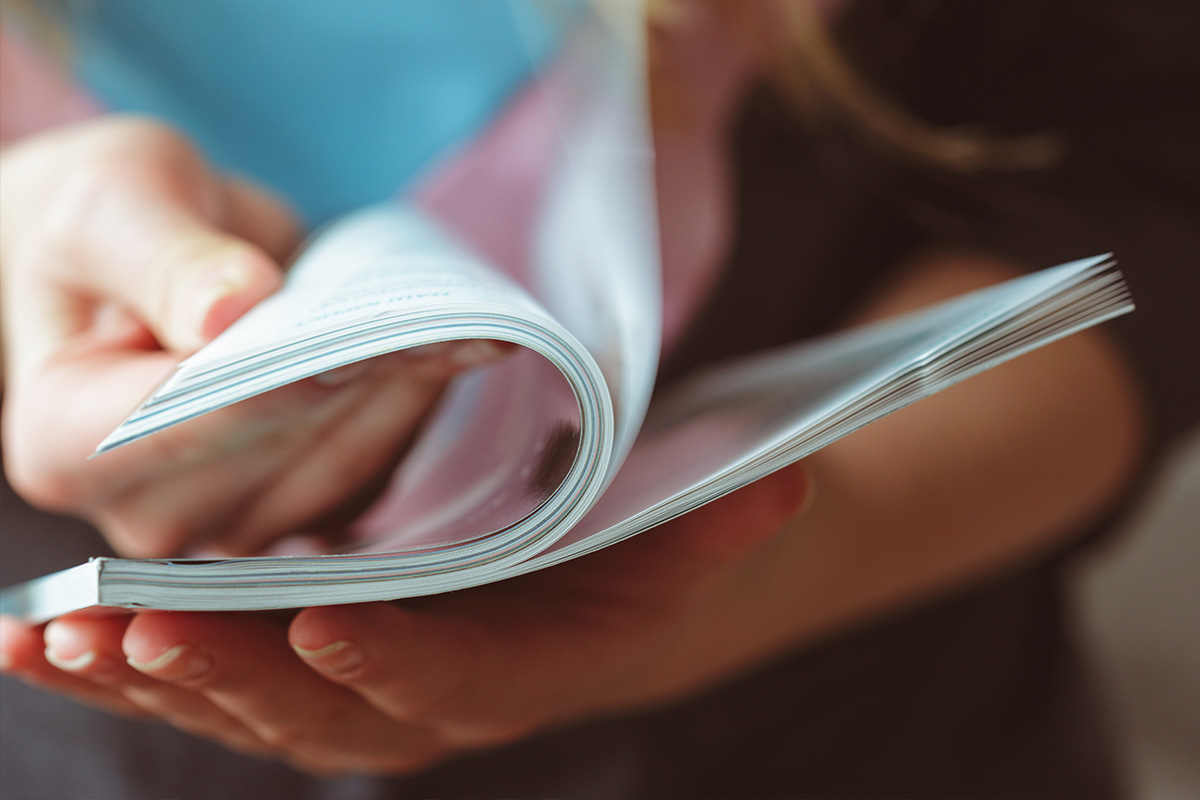 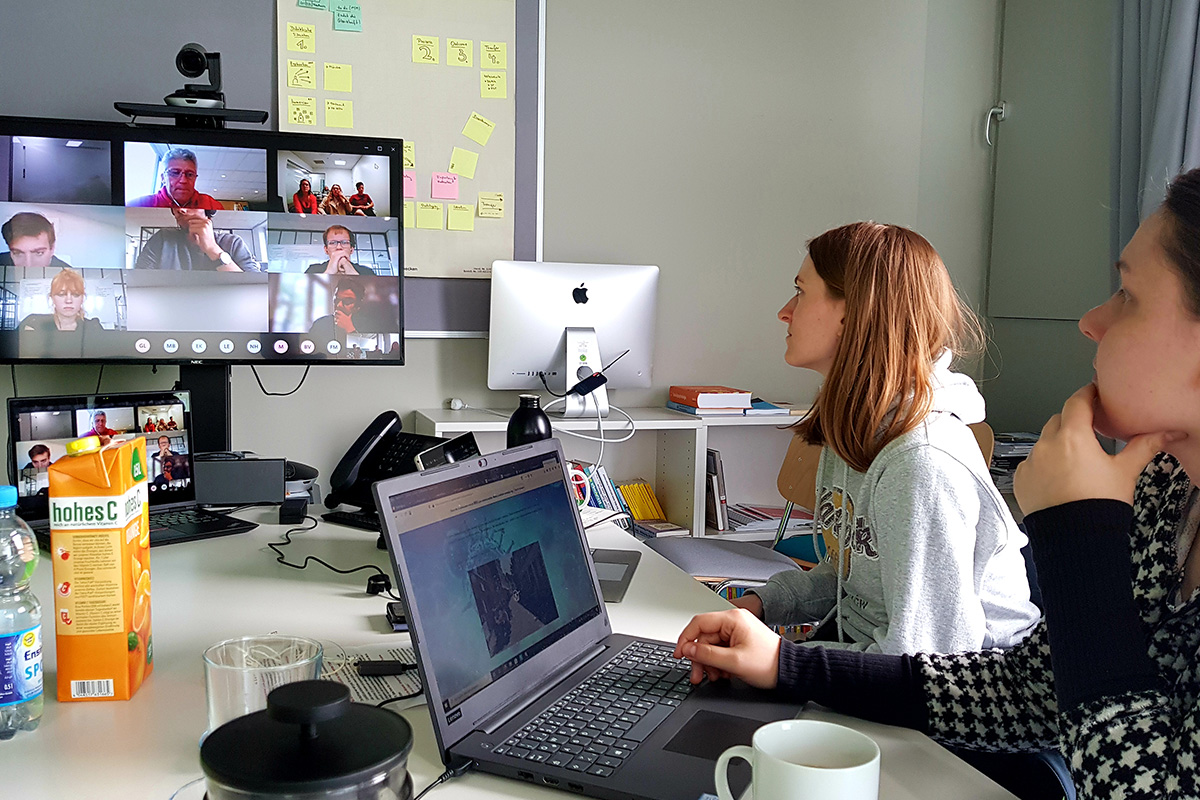 August 20, 2020
Go to Top
We only use functional cookies to ensure the proper functioning of the website so that we give you the best experience. If you continue to use this site we will assume that you are happy with it.OkPrivacy policy